Hundreds turn out to farewell ‘king of talkback’ Howard Sattler

Howard Sattler’s family, friends and media colleagues have gathered at the Norfolk Chapel at Karrakatta Cemetery to pay their respects to the Perth radio great.

Frank Sinatra’s “My Way” echoed through the chapel as the celebration of his life began.

The 76-year-old died earlier this month after a long battle with a rare neurological disorder. 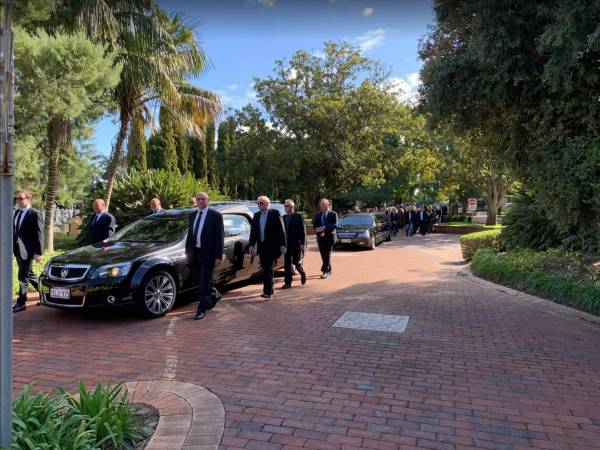 6PR News reporter Jake Battrick was at the funeral and said “many great stories” were shared about his life.

Press PLAY to hear some of those stories