A rescue helicopter pilot has detailed how the crew conducted a unexpected hair-raising operation near Lancelin on Saturday afternoon.

The RAC Rescue chopper was on its way to help a seriously injured motorbike rider when pilot Michael Perron spotted several people trapped in a large rip at the Back Beach near Lancelin.

Mr Perron, who has 15 years experience in the job, told Oliver Peterson he circled to make sure the swimmers were ok, when they realised the situation had turned “dire.”

“We were about to head off when we took one last look and this last guy had been taken out in the rip about 150 metres out to sea,” he said.

Given they were heading to road trauma accident, the helicopter wasn’t “rigged” for an ocean rescue and Mr Perron didn’t think the swimmer would survive much longer.

“We didn’t think he’d [the paramedic] have time to get changed into a wet suit,” said Mr Perron.

That’s when the crew came up with the idea to lower the winch and use hand signals to the 18-year-old swimmer. Luckily he grabbed on and they dragged the teenager to the safety of the shallow water.

Mr Perron spoke to the 18-year-old the next day and the teen thanked him for saving his life.

“I’ll always remember it as one of those great jobs,” said Mr Perron. 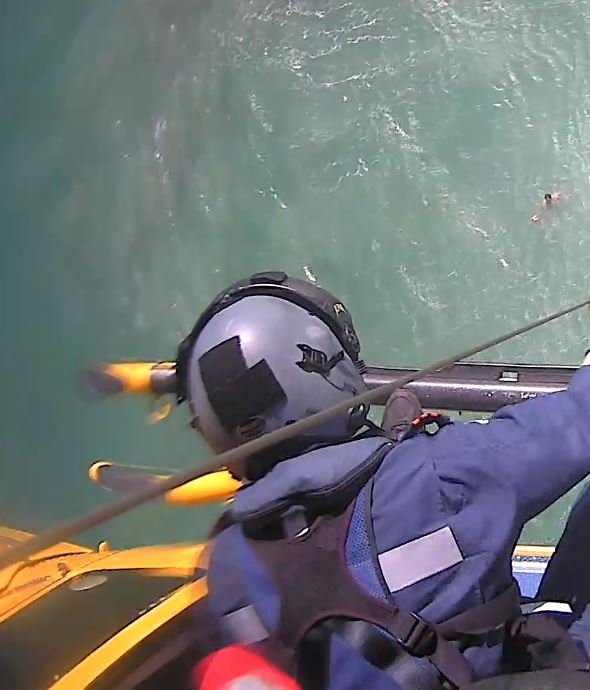