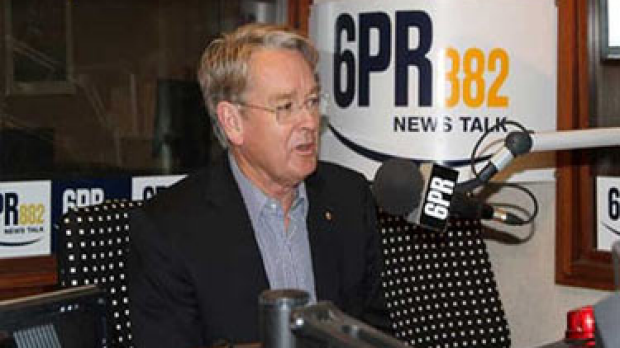 There has been much talk about changes to the taxation system, but exactly what is the problem all this is trying to solve?

It cannot be a revenue shortage because their budgets tell us that no governments in history have ever had as much money to throw around as the current ones do.

The 2014 federal budget makes it clear that revenue will grow this year by 6.1 per cent to $385.8 billion and the forward estimates show continued growth averaging 6.4 per cent a year.

The current WA state budget tells us that this year’s $28.7 billion in revenue has grown by 2.6 per cent from last year and their forward estimates show growth averaging 3.87 per cent over the coming three years.

At $2.2 billion, the much-talked about GST is a relatively insignificant eight per cent of the revenue of the WA budget – by comparison, payroll tax contributes $3.8 billion or 13 per cent.

However, because it is politically convenient to blame Canberra, the WA government doesn’t want to talk about anything other than the GST as the cure for their budgetary woes.

They also do not want to remind us that when the GST Agreement was introduced into parliament on May 5, 1999, by the then-Premier Richard Court, it was supposed to be the lasting saviour of our economy.

As Court said: ‘The Agreement represents a significant breakthrough in the reform of Commonwealth – State relations which will provide the States with a secure and growing revenue source to better fund services such as health, education and welfare.’

Fifteen years on, with the distribution formulae and processes largely unchanged, either the GST has delivered the promised ‘secure and growing revenue source’ to WA or it hasn’t – there is no middle ground.

Either the Court government got it wrong then and the Barnett government is right now or vice versa.

They both can’t be right, but they can both be wrong.

The truth is, the GST has not delivered what it promised and that is largely because while the bureaucrats get it, the state pollies have never understood the GST sharing agreement they signed with Canberra.

Those arrangements are working exactly as they were designed to and there is nothing in that deal about distributing funds based on how much GST is paid in from each state.

I doubt that there ever will be.

That is not to say that there are no some real financial problems confronting this State, because there are – and they stem from the pollies not being able to stop spending money they don’t have on things they don’t need.

So they continue to trumpet changes to the GST as their saviour.

I have written before about how we are being softened up for an increase in the GST, but until the spending slows, the changes being talked about will only increase the amount that our government can spend and taxpayers will foot the bill.

Altering the GST distribution formula or rate can only provide short-term relief for our big spenders, but those changes are not in this State’s best long term interests and nor do they sustainably reform the States’ finances.

For its part, Canberra’s preferred direction was floated when the PM’s Parliamentary Secretary, Josh Frydenberg, made some recent comments linking changes in payroll tax to the GST.

People in Frydenberg’s position do not just speak about anything that pops into their heads. Everything he says is pre-written, pre-planned and pre-authorised and that gives those comments some real substance and standing.

What it all indicates to me is that Canberra is floating an idea for another major tax shift.

And if they are successful with it, that will further shift the tax burden away from the medium and large sized businesses that pay payroll tax and put it onto the public.