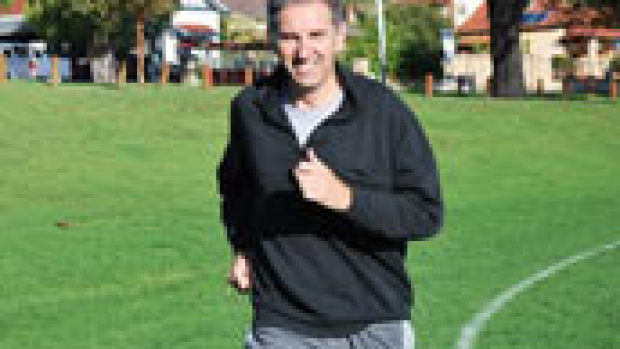 Every now and then you agree to a challenge in an unguarded moment and then reflect on why you would do such a ludicrous thing.

But rarely do you agree to two separate challenges – both requiring large amounts of physical pain – in the space of a few days.

Alas, that is exactly how I am now committed to taking part in two so-called ‘fun runs’ in the space of a month.

The first is the 14-kilometre WAtoday Swan River Run presented by Westpac, but that fleeting decision only came about when I foolishly mentioned on 6PR’s Morning Program that my son had roped me into running an event with him in August.

The only reason I agreed to the first request was fatherly pride. My neighbour, who runs and cycles hundreds of kilometres for giggles, had asked my son if he wanted to do a fun run.

That’s like the wife dialling ‘hire-a-hubby’ to put together some Ikea flat-pack wardrobes. Actually, she did, but that’s another story.

So, within seconds of me publicly revealing my plan to tackle one fun run, the station boss was in the studio during an ad break to put me right on the spot.

‘Would you be interested in doing the Fairfax Media fun run, too?’ he said, knowing I had 25 seconds before the on-air light would be back on.

‘Sure,’ I said, wanting to be the big man in front of the program’s high-performance specialist Julie Meek.

Big mouth would be more accurate. Even before I was off-air for the day, an email had been circulated to announce my intention to embark on the Swan River Run. Thanks boss.

Suddenly, I had a boss to please and a son I couldn’t disappoint.

The last time I pounded the pavement in a structured way was in 1996 and 1997, when I finished 12-kilometre fun runs.

According to my addled memory, I crossed the finish line in about 66 minutes on both occasions. The mind can play tricks.

But here I am 17 years later, preparing to push my body to the limit.

Don’t laugh. For me, running 14 kilometres (I hear the Swan River Run has a five kilometre course as well if I chicken out) is close to torture.

It didn’t help my sense of pride when I asked Julie Meek if serious runners would consider 14 kilometres an endurance race and she held back laughter while shaking her head.

She’d probably think my current daily training program, which comprises a lap around Lake Monger (3.5 kilometres), is a joke, too.

But soon that one lap will become two and then I’ll be looking for some hills to conquer or perhaps some soft sand to sprint in.

I have just over two months to become a lean, mean running machine.

It’s either that or I shatter a young boy’s image of his dad and let the boss believe I’m all talk and no action.

The WAtoday.com.au Swan Run, presented by Westpac, will be held on Sunday, July 13. Click here to enter or find out more.