From footy field to catwalk: WA’s Fashions On The Field Winner

A football-playing mum-of-three from Geraldton, who is still recovering from a broken leg, is representing WA at the Myer Fashions On The Field at Flemington.

Steve and Baz were asking the WA winner of Fashions On The Field, Bernadette May, about her Perth-designed dress and self-designed hat when they discovered some interesting facts about her journey to the Melbourne Cup.

Ms May was just five days out from playing in the Great Northern Football League Grand Final when she broke her leg training for her football team, eight weeks later she’s wearing heels on the Races catwalk.

“Well, it is a chunky heel, which I’m glad for because I actually broke my leg eight weeks ago,” she revealed to Steve and Baz.
“So standing on heels is a real mission.” 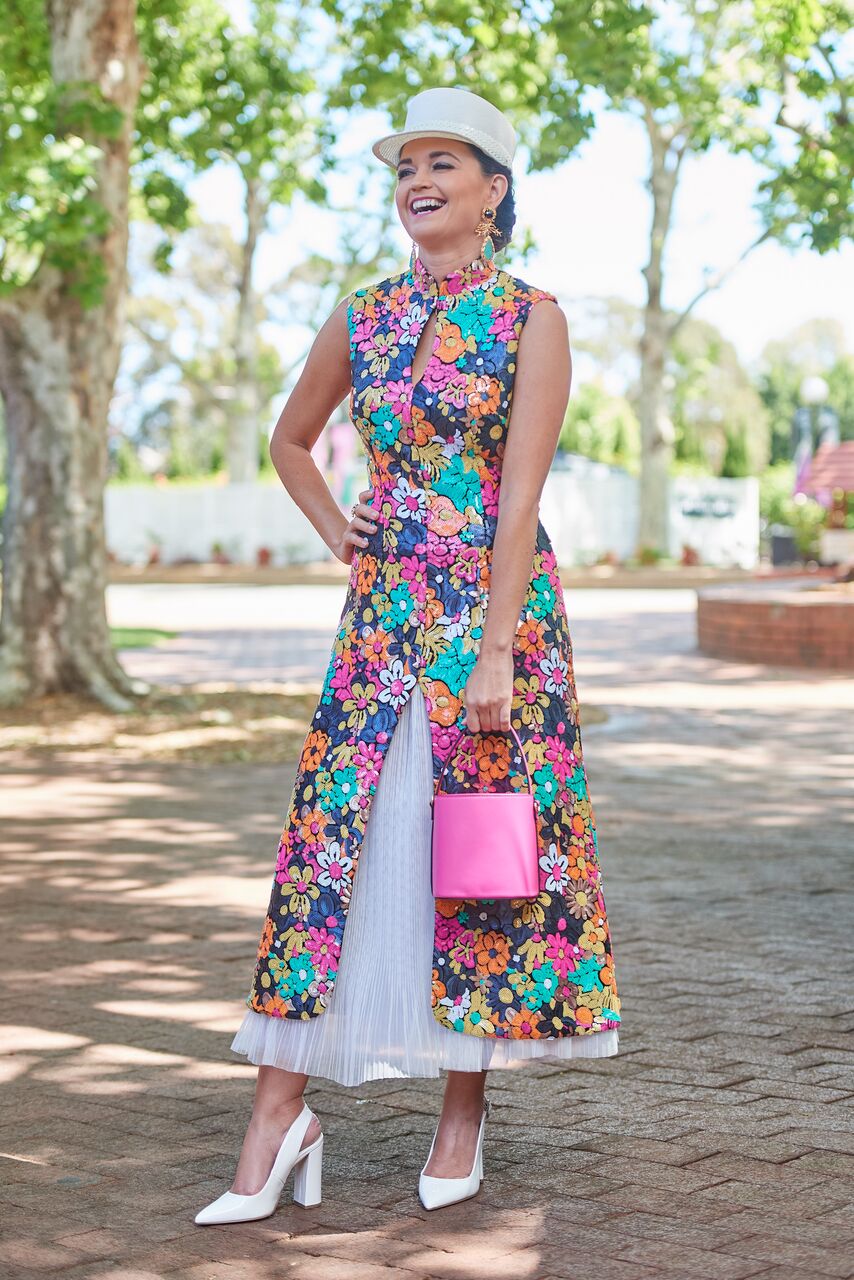 Bernadette May at Ascot Racecourse 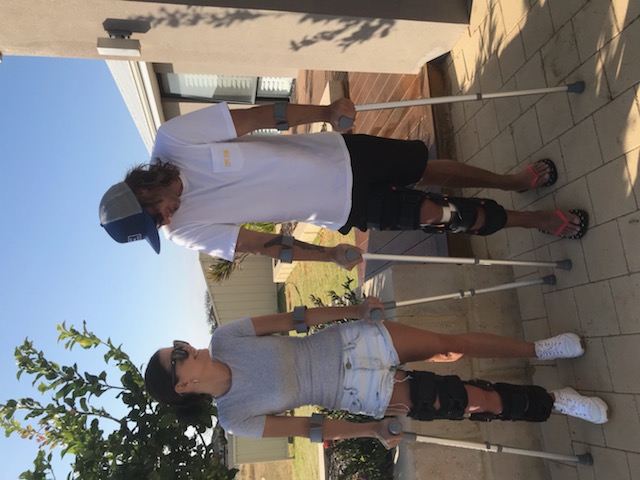 Bernadette May after she broke her leg at footy training