Commuters in Perth’s south are in for a long journey this morning after a a crash on the Kwinana Freeway.

A car has rolled near South Terrace in Como, bringing traffic in the southbound lanes to a standstill.

6PR News reporter Julian Douglas is at the scene and said traffic is moving slowly.

“It is down to one lane, but even that one lane is stop-start,” he told Gareth Parker. 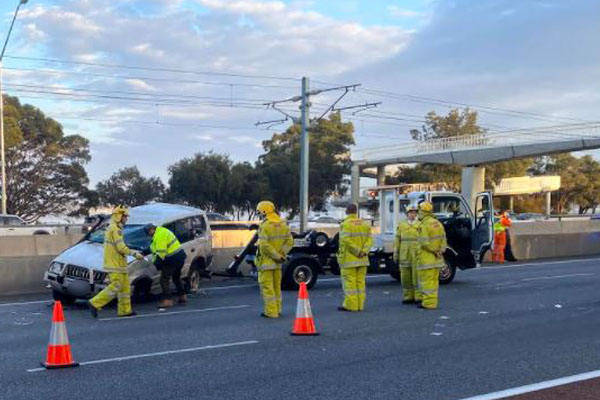 “The scene is an absolute mess, there is probably about six police cars here, a few ambulances, a few fire trucks and a number of tow trucks.

“There is a car still rolled over that is completely blocking the right hand lane and the emergency lane, and then of course there is another car, a blue ute, that was impacted as well, which is just a complete right off.

It’s unknown if anyone was badly injured in the crash.