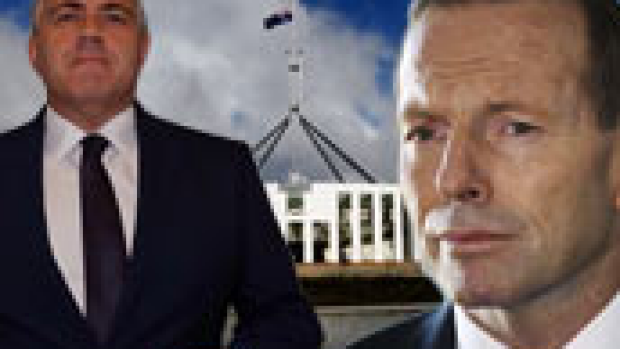 Budget Handed Down: The Abbott government have revealed its tough budget measures, which are expected to halve Australia’s debt over the next ten years, while also announcing $20-billion will be spent on Medical Research.

Prime Minister Tony Abbott has confirmed there’ll be a deficit levy for high-income earners which will kick in at $180-thousand.

PM Abbott has also confirmed petrol prices will rise, as part of tough but crucial measures to get the nation’s finances back on track.

Winners and Losers in the Federal Budget

THE WINNERS AND LOSERS IN THE FEDERAL BUDGET

Business heads a short list of winners in the 2014 federal budget, while anyone who gets sick is at the top of a long list of losers:

* Universities: can set own tuition fees from 2016

* Older workers: $10,000 payment for companies employing over-50s who have been on unemployment benefits for six months

* Pensioners: retirement age to increase to 70 by 2035; pension increases slowed by indexing to inflation instead of wages

* Unemployed people: under 25s to get Youth Allowance, not Newstart; under 30s face six month wait for benefits and must work for the dole

Over the next six years, the Government will help build new roads, rail, ports and airports. Infrastructure Partnerships Australia’s Brendan Lyon analyses the Growth Package that will take the Government’s total investment to $50 billion by the end of the decade – the largest on record.

Only concession card holders and children will escape the payment – but then only after 10 visits, with their annual co-payments capped at $70.

Treasurer Joe Hockey’s first budget last night confirmed the co-payment which is certain to anger health groups who have argued it signals an end to universal health care.

The AMA warns some people will skip treatment, and clog hospital emergency departments.

Michael O’Neill – CEO of National Seniors – says the budget is ‘beyond the pale’ and pensioners are ‘sharpening their pencils’ ahead of the next election.

Andrew McKellar of the Australian Automobile Association tells Stuart Bocking  motorists will be slugged an extra $2.2 billion at the petrol bowser.

The move revealed in tonight’s budget is aimed at helping the federal government pump an extra $4.6 billion into roads over the next four years.