Hundreds of Extinction Rebellion protestors have blocked parts of St Georges Terrace this afternoon to protest for climate awareness.

Climate activists blocked the road by lying down and pretending to be dead, in what organisers are calling a “die-in” protest.

About two dozen protestors have been arrested. 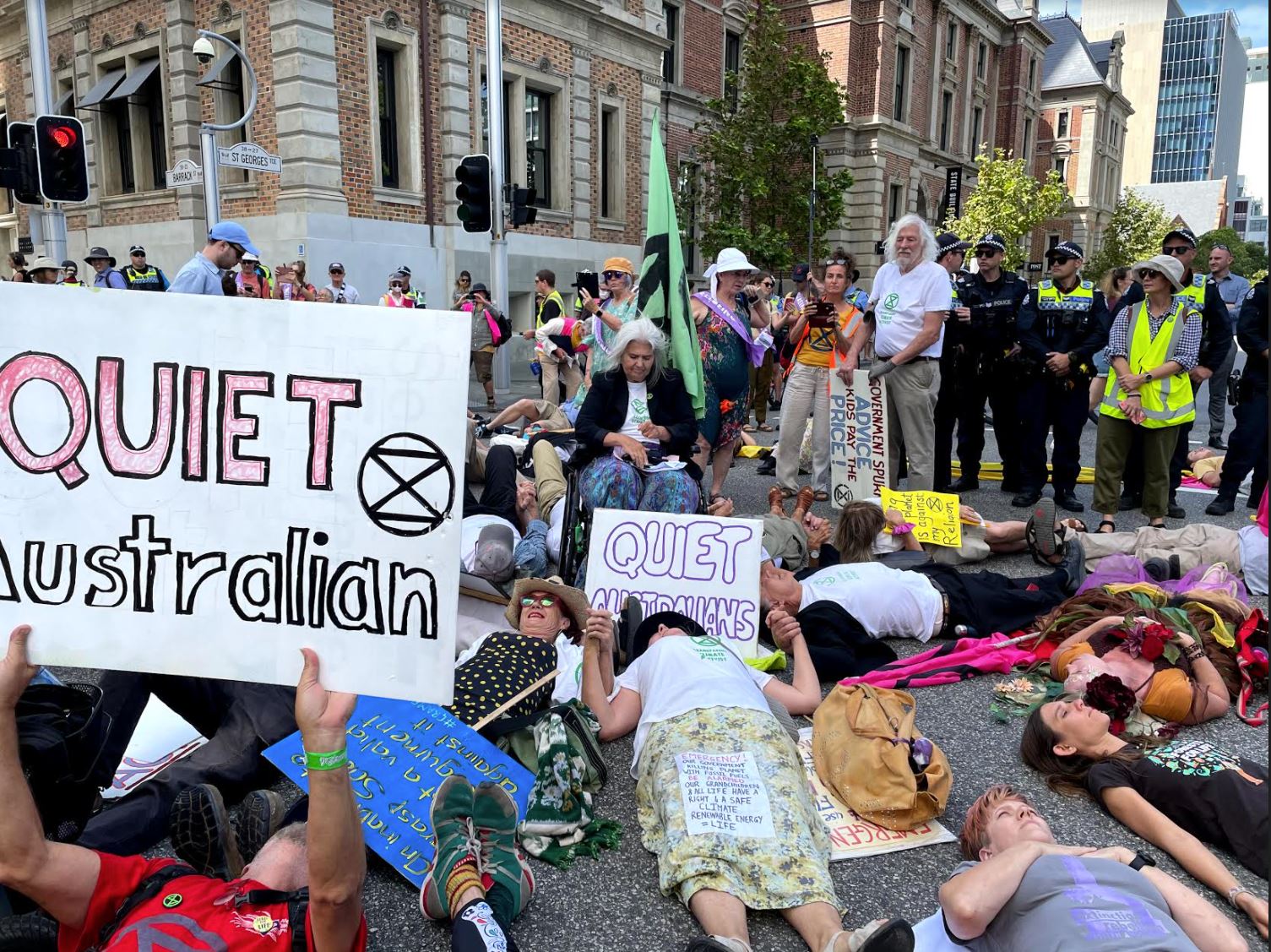 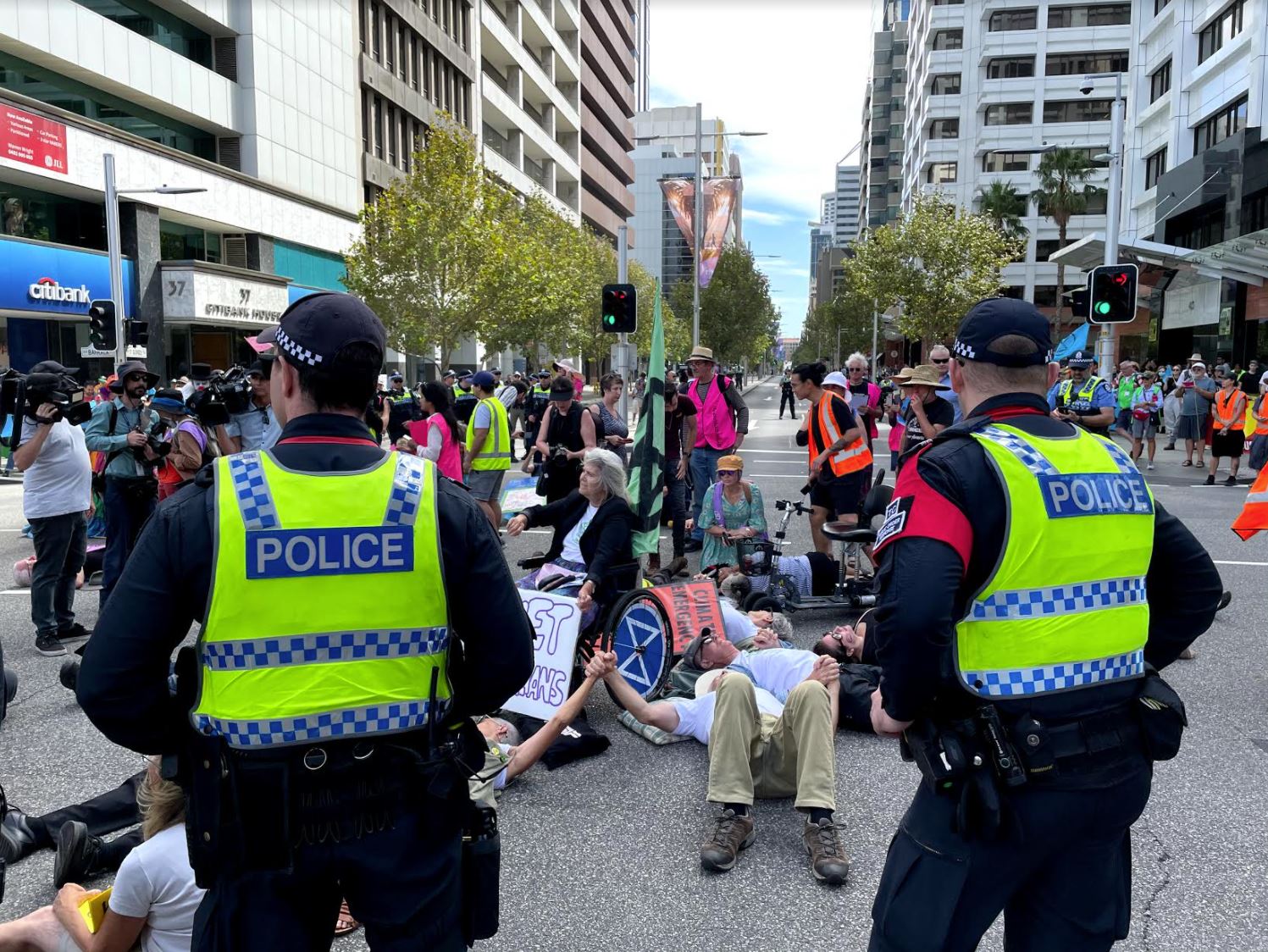 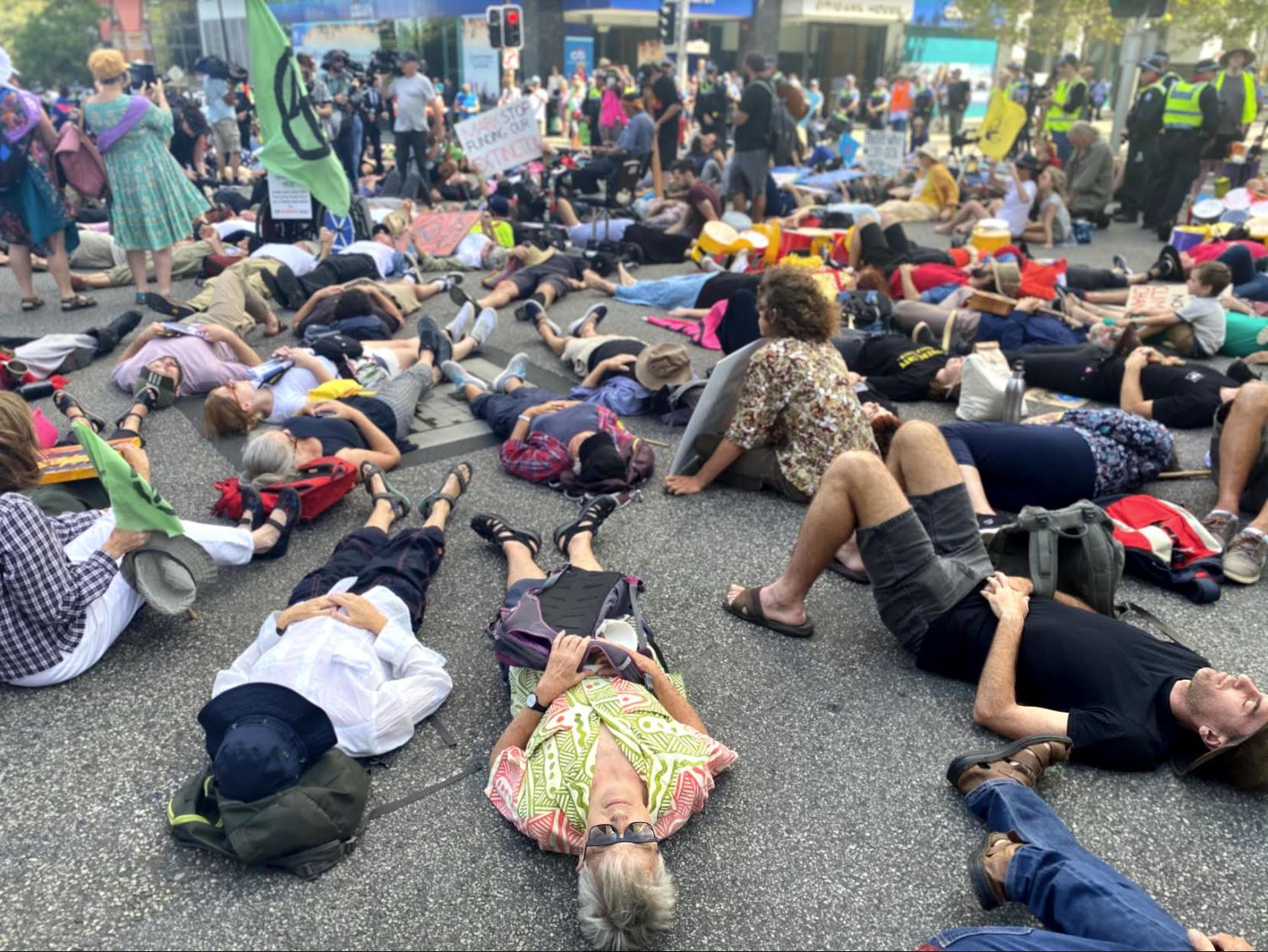 Crowds gathered in the Supreme Court Gardens this morning performing drum circles, before marching up the terrace for a smoking ceremony.

Protestors were met by a heavy police presence in the Perth CBD.

The protest is part of a nationwide “week of disruption”. 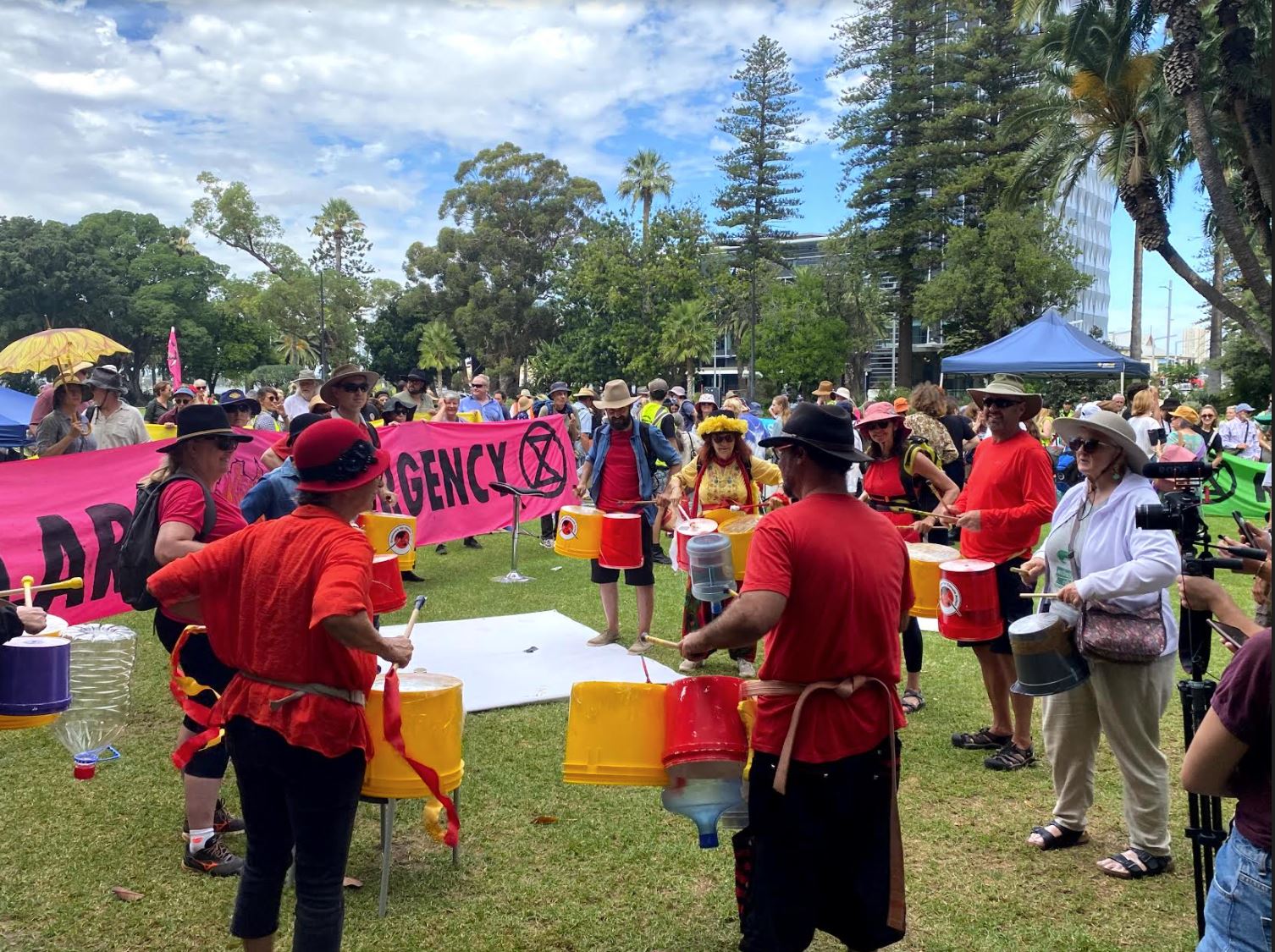 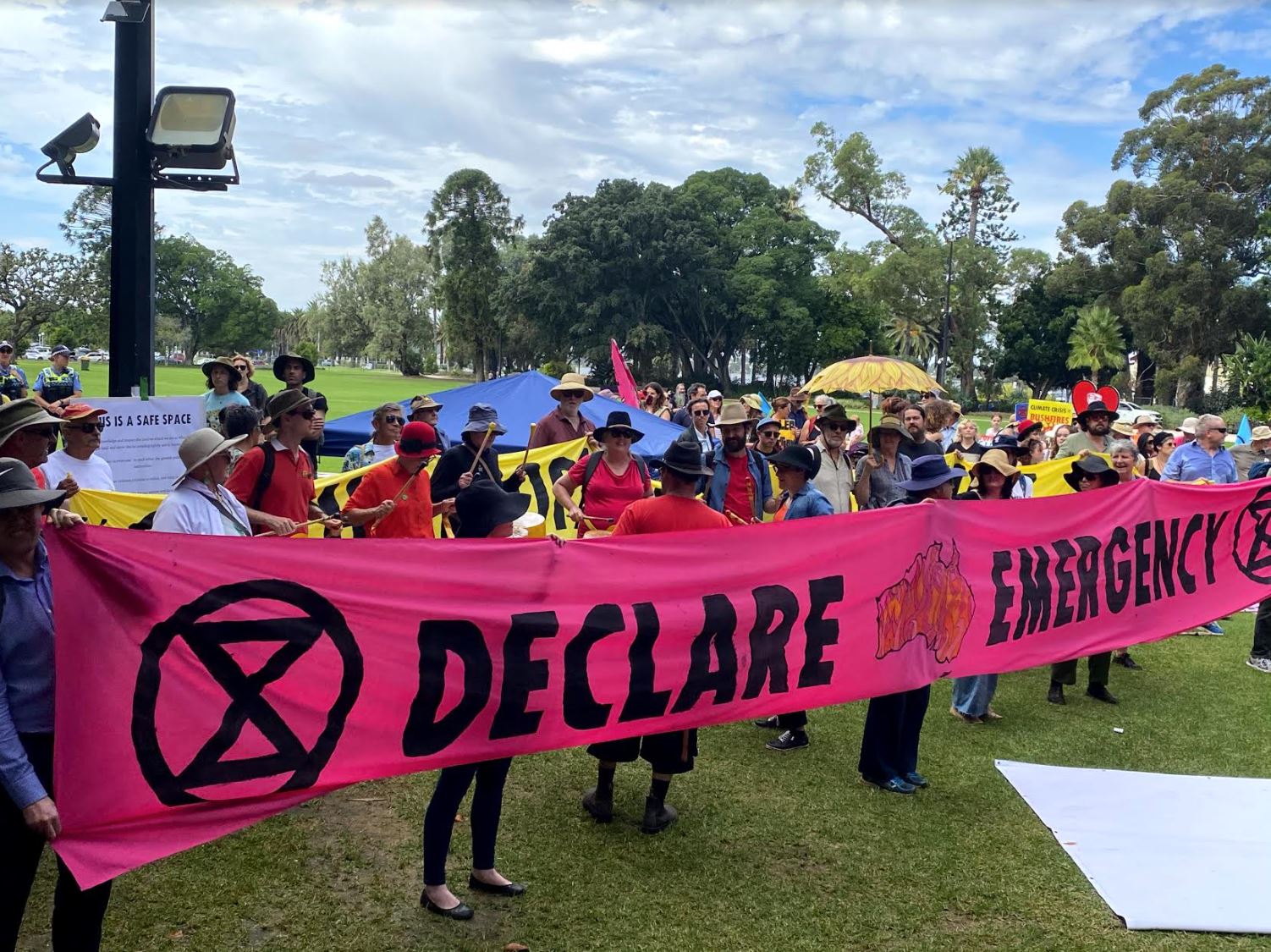 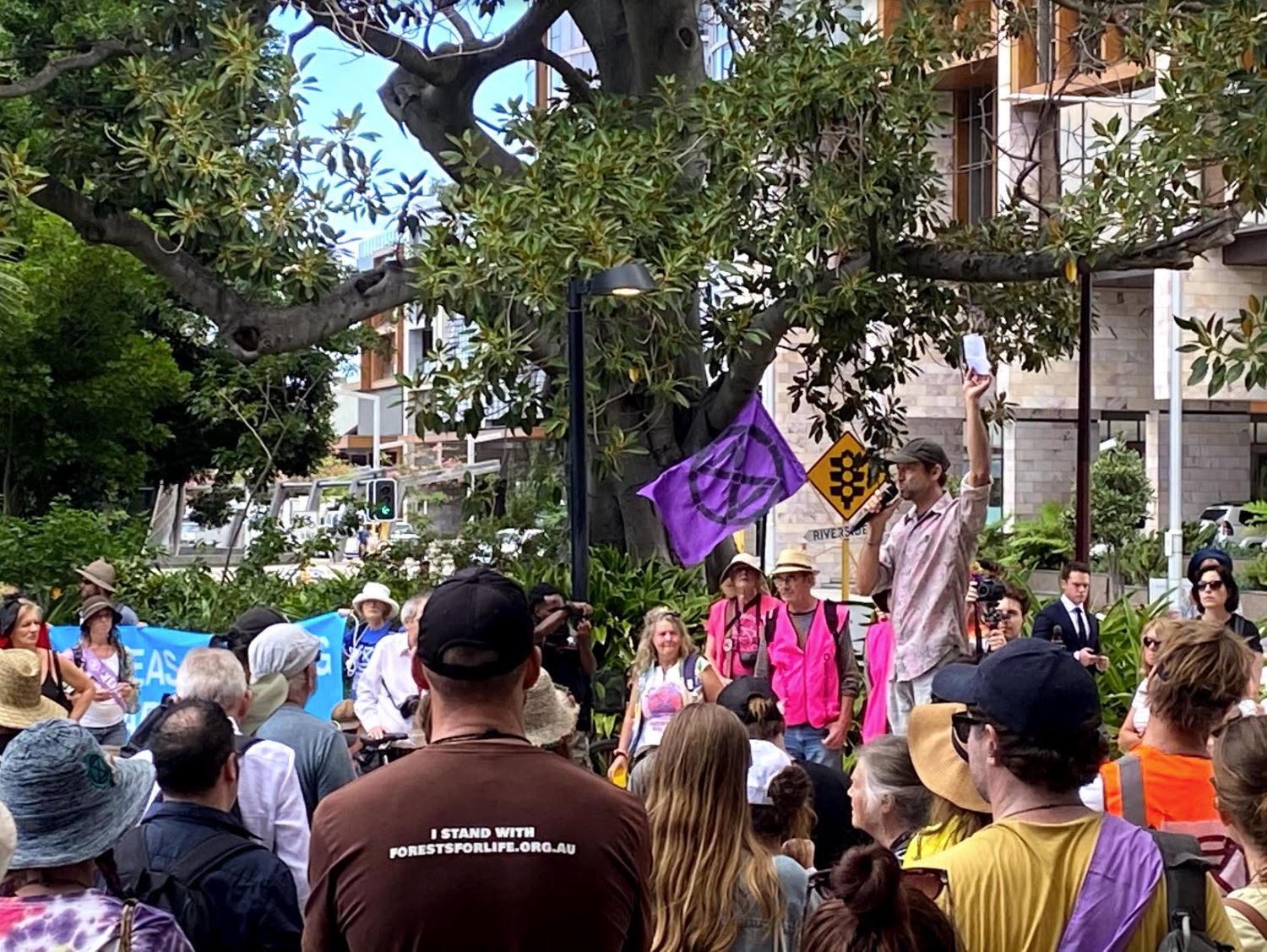 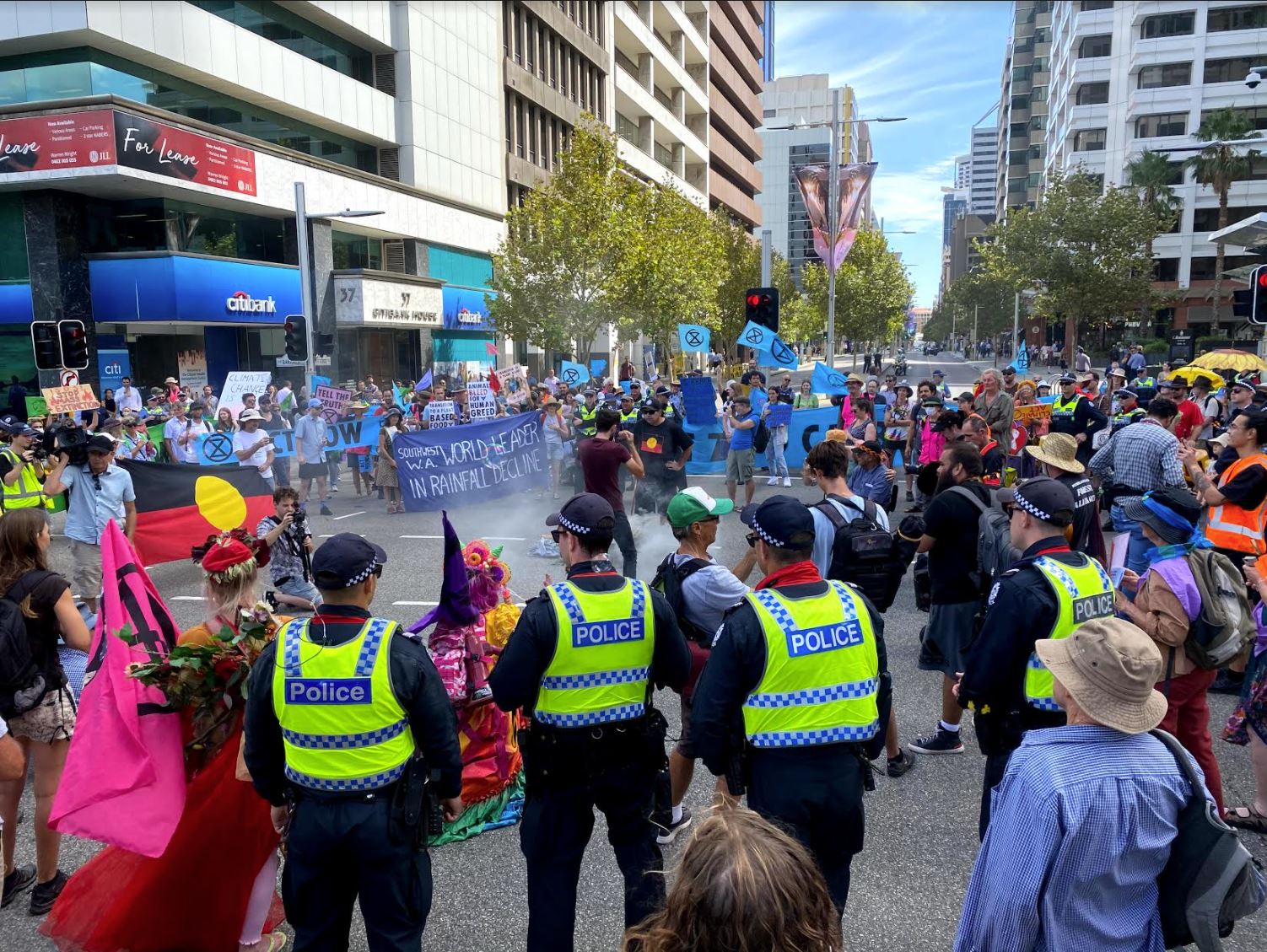 Speaking with Oliver Peterson, Extinction Rebellion spokesperson Ewan Buckley apologised to anyone who was inconvenienced today but stressed the “inconvenience of the global climate catastrophe that is happening is far greater.”

“The focus is to take an action that is in alignment with just how bad the emergency is,” he said

“When we’re talking about the collapse of society…we have to step up the game a little bit.”

Mr Buckley said the aim of the protest is to demand a “climate emergency” be declared by the government.

“The same way the government has acted to declare an emergency around the COVID crisis, we [also] need that declared about the climate and ecological catastrophe that’s unfolding.”


6PR and Nine News reporter Darius Winterfield was at the scene.