The ambulance ramping crisis in WA has reached a record high for a third consecutive month.

Early figures for November show WA patients were forced to wait 3483 hours before being admitted to emergency departments.

With one day of the month still remaining, November’s figures are already up 200 hours from last month. 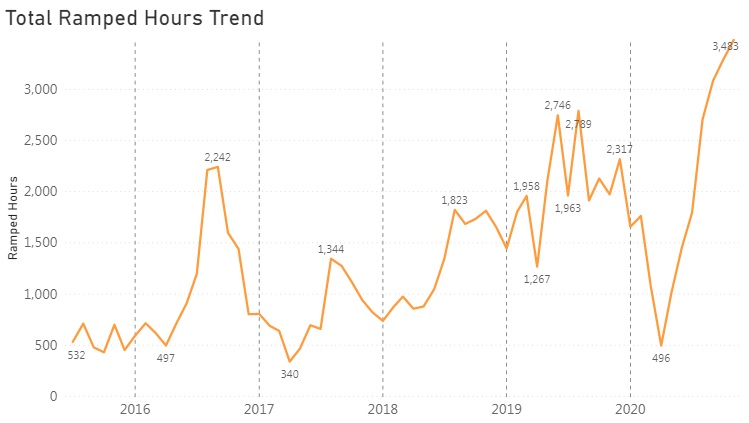 WA’s Director General of Health Dr David Russel-Weisz spoke exclusively with Gareth Parker this morning and confirmed a crisis meeting will be held with St John Ambulance, the AMA, and hospital CEOs tonight.

“Certainly it has been a really tough three months,” he said.

Dr Russel-Weisz told Gareth there are a number of issues currently affecting performance.

“We are seeing a bounce back of a huge number of patients.”

“We are seeing people coming in sicker … and we are also having challenges with staffing, “he said.

“We need to understand our figures better, we now know that there is huge demand on mental health, and there is demand coming through ED.”

“The department can impose solutions, but we want the health services to impose local solutions as well, and work with St John’s [sic] because this has many factors to it.”