6PR Mornings has been sent photos of plates that depict Australian Prime Minister Scott Morrison as a kangaroo being kicked in the head at the feet of China from a porcelain factory based in China. 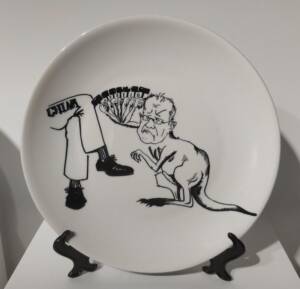 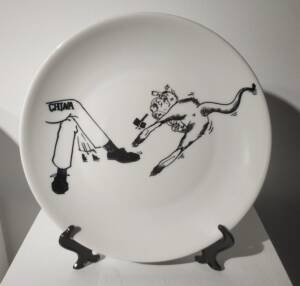 It comes on the back of the AUKUS security pact signed with the United Kingdom and the United States, in a bid to counter China’s growing power in the region.

Defence Industry Minister Melissa Price brushed off the significance of the plates, calling them “utterly ridiculous”.

“Frankly Liam someones got too much time on their hands, and the best place for these is at a Greek wedding.”