Esperance locals are demanding action on shark mitigation after a number of recent sightings at town beaches.

Local surfer Damian Pansini has organised a peaceful protest to request the need for an immediate action plan for problem sharks who stalk the coastline.

Mr Pansini told 6PR’s Michaela Carr “the community is in a scared frame of mind at the moment coming into summer.”

There have been two fatal shark attacks in Esperance this year alone.

In January diver Gary Johnson was attacked by a shark while diving near Cull Island, and surfer Andrew Sharpe was killed after being attacked at Kelp Beds in Wylie Bay.

“We have encountered a fair few problem sharks this year, and previous years, and basically nothing has been done,” he said.

“We want to see a consistent approach which is very similar to metropolitan areas, where there are fisheries … sending boats out to tag, release and relocate.”

Last week a monster 5.3 metre shark was caught, tagged and released off Cottesloe Beach, after lurking off the WA coastline.

“We want to see the exact same approach here and statewide.” 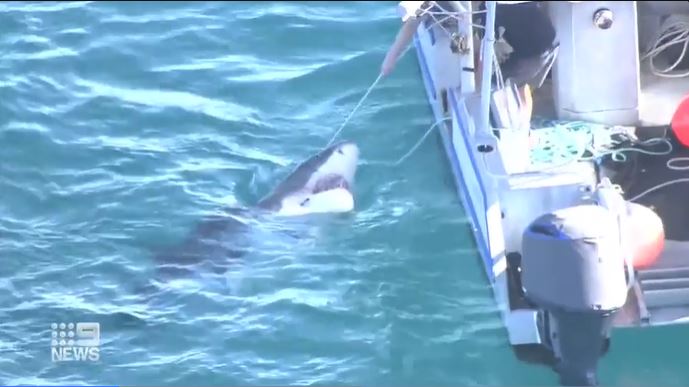 Mr Pansini told Michaela a large majority of surfers in Esperance have been too scared to get back in the water following the fatal attacks.

“It’s disappointing because it’s such a big way of our life down here,” he said.

The community protest will be held at first beach carpark in Esperance next Sunday at 2pm.

“It’s an opportunity for the community to get together .. and share our voices and opinions on how we are going to fix this problem for our future.”