#Dressgate: The white and gold dress making our mind work until it’s black and blue 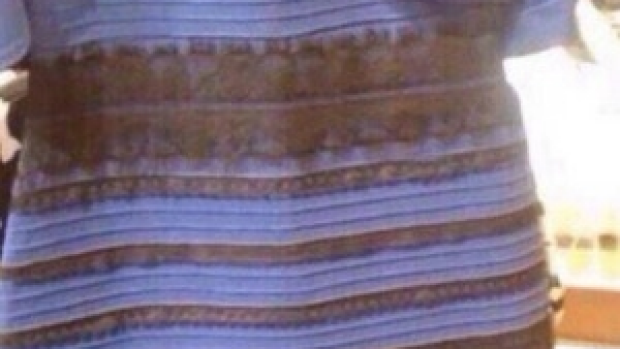 If you want to stay married or keep your Friday night plans with a significant other, don’t show them this dress.

The First World debate dominating social media today is about a photo of a lace trimmed bandage dress that some people see as blue and black, while others see as white and gold.

The image first appeared on Tumblr before the most pointless debate in the history of the spoken word spilled over to Twitter and Facebook all around the world.

"So I just looked at this like, it’s blue and black obviously and all my friends were like no it’s blue and gold. Now I’m super confused, what is eyesight?" Swiked on Tumblr asked after posting the image.

"I see it as white and gold. My friend right here sees it as blue and black. I CANT HANDLE THIS.

"If that’s not gold my entire life has been a lie."

Basically, if Gillian Triggs said it was blue and black, Tony Abbott and the frontbench would say it’s white and gold.

Some Twitter users have gone so far to specify the hue of blue they see – "cornflower" is the most popular choice so far.

"White and Gold" is trending on Twitter in Australia but Adobe, the company responsible for Photoshop software, has chimed in to clear up any confusion, pointing out the blue and black colour spectrum featured in the photo.

The conspiracies have started.

THE ILLUMINATI CONDUCTED THIS WHOLE DRESS SITUATION TO REPLACE OBAMA WITH A LIZARD WITHOUT BEING NOTICED #whiteandgold ? STOP THE ILLUMINATI (@Illuminati_Stop) February 27, 2015

The Hollywood glitterati have spoken out.

And Taylor Swift has weighed in.

Calls made by Fairfax Media to representatives of Kanye West for comment went unanswered.

A Reddit comment stream has begun. A note from the alleged mastermind behind the "dress mystery" says the dress is in fact white and gold but negative experiences may cause a person to see it as black and blue.

"Scientists have proven that when there is a big event in your life that is having a negative effect on you, your sighting of the colors may vary and that is why some people are seeing black and blue," a user called BradTheLadLong wrote.

But another Twitter user, @AndyRexford, said what colour you see depends on the lighting and the way your retinas interpret the image.

An explanation why you see this dress as blue and black or white and gold. pic.twitter.com/ayXpqavC9B ? Andy Rexford (@andyrexford)