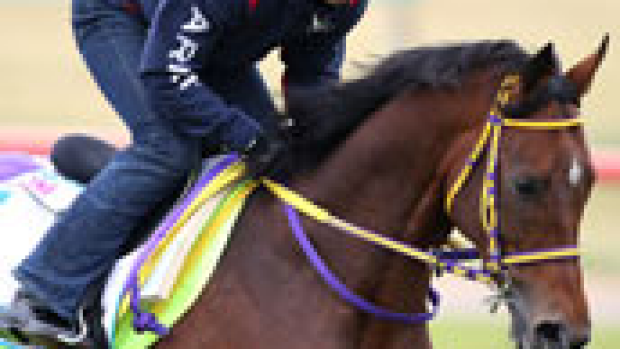 The 2014 Melbourne Cup has taken a tragic turn with Admire Rakti dying and fellow runner Araldo fighting for life.Race favourite Admire Rakti died after collapsing back at the stalls just five minutes after finishing last in the Cup.In further misfortune, smart stayer Araldo was returning to the mounting yard when a young boy waved a white flag in the horse’s face. He leapt forward, jumping the steel rail, shattered a cannon bone in the process. Araldo’s trainer Mike Moroney said veterinary surgeons were trying desperately to save his horse’s life.Veterinary surgeons said that Admire Rakti had collapsed and died from a massive heart attack or internal bleed.Crowds five deep had surrounded the hosing bay holding Admire Rakti. Stewards and race club officials had placed a green tarpaulin over the body of the Caulfield Cup winner. The Japanese entourage with the horse, many of whom had flown into Australia in the last 24 hours hoping to see Japan win its second Melbourne Cup, were understandably devastated.Admire Rakti weakened considerably and staggered to the line in last place despite being sent out as the top pick for the race. An autopsy will be conducted.’Obviously there will have to be an autopsy done and the vets are with it now,’ Racing Victoria chief steward Terry Bailey said. ‘He collapsed while they were unsaddling him back at the stalls.’The autopsy will tell the story. It will be done at Werribee. That’s the normal procedure for any horse. We’ll see what that brings up and whether that’s natural causes.’Admire Rakti was sent out favourite and raced on the speed under Zac Purton and was never a winning hope after yielding ground at the 600-metre mark.He was attempting to become the first horse since Ethereal in 2001 to complete the Caulfield-Melbourne cups double.It is the second straight year a horse has died following the Melbourne Cup after Verema broke down in the back straight in 2013.German-trained Protectionist romped home to a four-length win from Red Cadeaux, who ran second for the third time in four Melbourne Cup attempts.More to come