Italians across Perth are celebrating their 1-ALL Euro win over England.

Venues were packed with fans from both sides in the early hours of this morning.

Transport Minister Rita Saffioti was at the Italian Club in Perth and said hundreds turned out to watch Italy beat England in a nail-biting penalty shoot out.

“Very tense, but an incredible feeling,” she said. 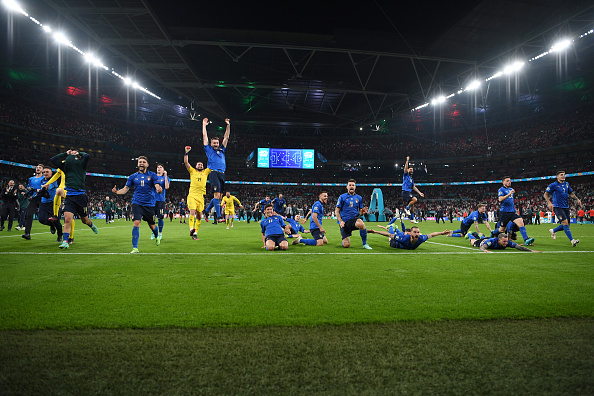 Meanwhile, Nine News reporter Joshua Dawe was at the Woodvale Tavern, and said emotions were high at the British pub.

“They have shut up shop, and everyone is pilling into the street,” he said.

“Lots of tears inside the pub after that penalty shoot out.”

English confidence (and maybe inebriation) sky high! 750 diehards are packed in to the Woodvale Tavern, their country leading 1-nil at half-time of the #EURO2020 Final. @9NewsPerth @TheTodayShow pic.twitter.com/OTLdJ78wL7