Justin Langer may be the Australian cricket coach, but he’s also known for being a genuine “good guy” and that personality shines through in a new children’s book.

Cricket The Aussie Way! Tells the tricks of cricket through a personal story of Langer sharing life advice to a junior cricket team.

As a young cricketer Langer wrote to the great Sir Donald Bradman asking for some tips and Bradman replied within days.

“It was amazing. Not only did he write back in two days, the first line of his letter was ‘I’m flattered that you believe and octogenarian like myself can help you with your cricket’, so there’s humility in itself,” Langer shared with Steve and Baz.

Langer has taken that story and inspiration with him throughout his playing and coaching career, and now he’s put it in print with the help of the Bradman Museum.

Langer’s insights in the book include: “train hard and train often”, “learn from your heroes” and “it’s just a game… keep it simple.” 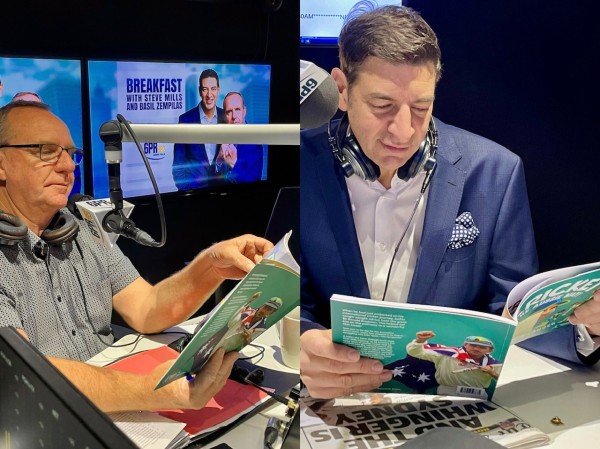