One of the more curious elements of the fight against a proposed skate park at Grant Marine Park was a note dropped in letterboxes last month which made the remarkable claim that Cottesloe residents were more intelligent than their counterparts in Fremantle and Scarborough. 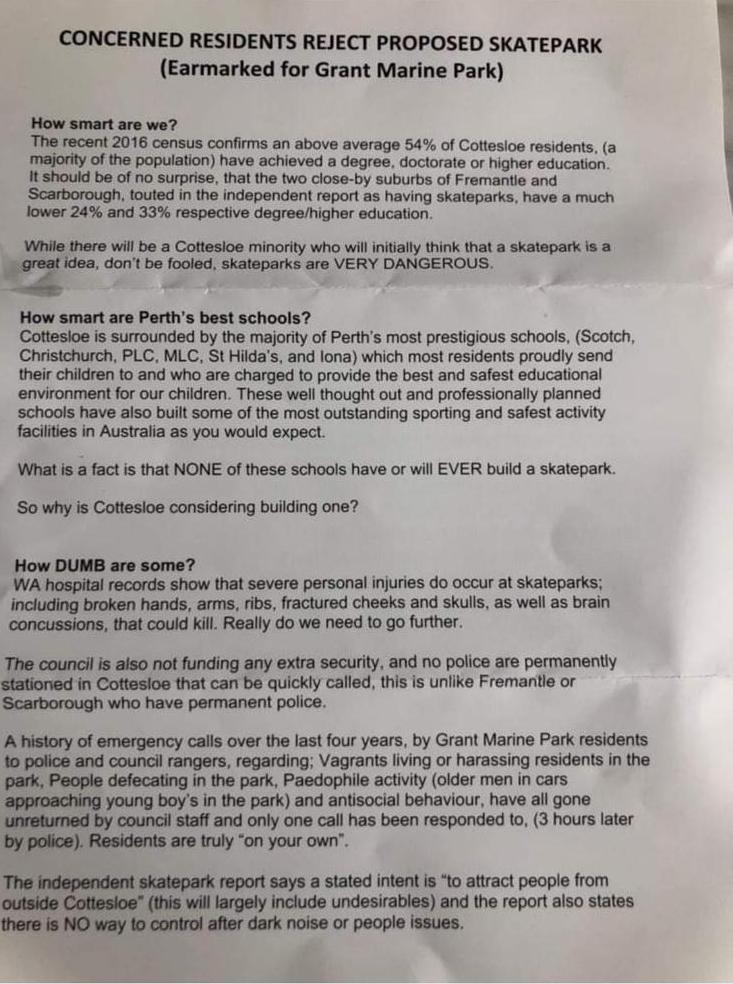 Scarborough residents aren’t taking the whack lying down, issuing a ‘prove it’ demand to their mates down the coast. Wayne Bowen from the Scarborough Beach Association is challenging Cottesloe residents to an old fashioned pub trivia night to determine which area is academically superior.

While they’re in the area, Wayne has invited the Cott folk to check out Scarborough’s beachside skate park which is considered on of the jewels in the crown of the redeveloped foreshore.

He threw down his challenge to Cottesloe residents with Gareth Parker on Mornings: