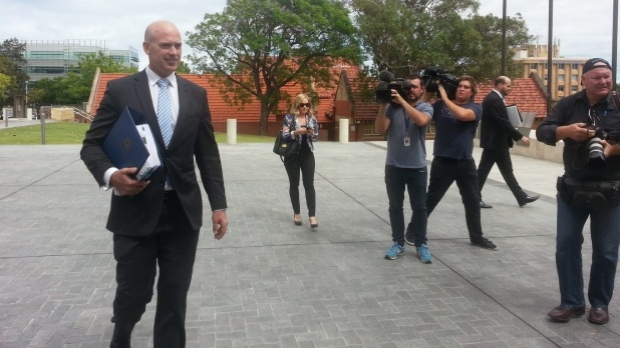 With its long history of dodgy political dealings, it is incomprehensible that in 2014, we find a West Australian Premier struggling to deal with allegations of ministerial impropriety.

The first explanation may well be that nothing improper has happened and that the Nalder issue is little more than a political brouhaha; which poses the next question of how would we ever know?

We can only ever know there is nothing to hide when nothing is actually hidden; and this can only happen when there is complete and continuous public disclosure by those holding high office.

The Premier should not be blindsided by these matters because when the biggest investigation ever held into the workings of government reported to Parliament in 1993, he was there.

The current codes of conduct and disclosure requirements all stem from that investigation and the Royal Commission attributed the failures of government in the 1980s to: "some ministers elevated personal or party advantage over their constitutional obligation to act in the public interest."

There is another Royal Commission recurring theme that:

No-one has ever put it better and more succinctly than that.

The entire point of the disclosure processes that have hit the government is to make it known whether a minister has any sort of financial relationship with anything he is making decisions about.

It really is that simple; if such a conflict exists, the person should not be a minister of, nor be involved in, decisions of any portfolio related to the conflict.

Even if such a conflict does not exist directly, the Ministerial Code of Conduct makes it clear that the rules also apply to perceptions of conflicts of interest and the responsibility to disclose and divest lies with the minister.

When things go awry, the Premier is the sole arbiter of the management and standards of Cabinet and, while the Cabinet Secretary has some special responsibilities, the Premier’s job cannot be delegated to the departmental administrators and record holders.

Usually publicly confident, Barnett seems short-sighted about what constitutes the public interest in these matters; he demonstrated that myopia with his handling of the Buswell saga and the current issue again exposes a chink in his otherwise impenetrable political armour.

Barnett has a good set of values and I know that he understands propriety and what needs to be done; but it perplexes me that he seems to stumble when dealing with these sort of issues; either his petulance kicks in, or maybe he just lacks the ticker to do the right thing.

Another explanation could be that Nalder has potential and it is in the Liberal Party’s interest that he be protected until he develops politically.  There is no evidence of that, but the point is that this would not even be open to speculation if the system had worked properly.

Only those who have not been in public life could think Barnett’s job is easy; but the price of being Premier is that you become the defender of the public interest and that means sometimes you have to reprimand your friends and colleagues.

I have long advocated the appointment of a Parliamentary Standards Commissioner to depoliticise these matters and ironically one of the supporters of the concept was Premier Colin Barnett; that is why I get so disappointed in him every time these propriety matters arise.

As an aside, if Nalder is as good as they say, we should not lose him to public life and had Barnett introduced a Parliamentary Standards Commissioner, this debacle could never have occurred and Nalder would remain unblemished.

Returning to the Royal Commissioners’ definition of the public interest standard, they say:

"It informs the standards of conduct to be expected of our public officials.  And because it represents an ideal which fallible people will not, and perhaps cannot, fully meet, it justifies the impositions of safeguards against the misuse and abuse of official power and position."

The Royal Commissioners understood that politics is not like business or commerce, where complying with the letter of the law is an acceptable standard.

They knew that those holding high public office are expected to comply with, and to also whole-heartedly embrace, the intent of the rules.

They should always err on the side of disclosure and propriety.

Adopting the fundamental and overriding principle that the public have a right to know might be embarrassing at times, or mean that you have to discipline one of your friends and sometimes doing the right thing might damage your party’s interest, but that is all irrelevant.

As the Royal Commissioners made clear, the hallmark of genuine representative democracy is one where those holding high public office should suppress any personal and party advantage to ensure the public interest comes first.

It is obvious that we still have a long way to go.