The clean up will soon begin in the Gascoyne, after a once-in-a-decade flood caused destruction across the region.

The River peaked at 7.1 metres at the Nine Mile Bridge near Carnarvon on Saturday, and 38 people had to be airlifted to safety after becoming trapped in floodwaters.

“The levy system around the town did it’s job and protected the entire town, but unfortunately outside the levy system there was a significant amount of water across many, many of the properties,” he said.

“As it continues to dry out, the damage will become more prevalent.”

Mr Smith said the damage to the North West Coastal highway was “quiet significant” after being engulfed in floodwaters.

“The damage that I have seen indicates that it is going to be a fairly long period of time before that’s rectified.” 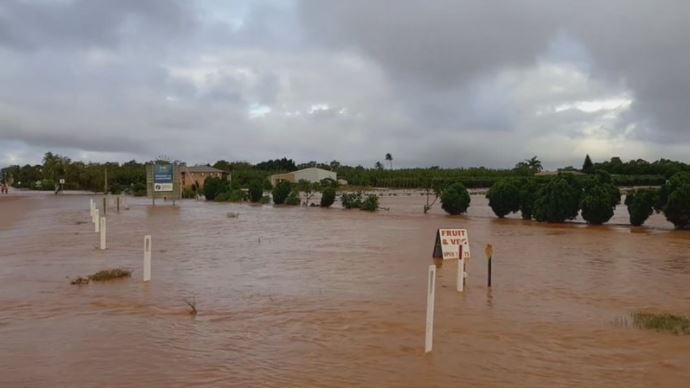 Director of metro operations at Main Roads, Peter Sewell, told Gareth Parker it could take at least seven days to assess the full extent of the damage to the roads.

“We’ve got about 10 kilometres of severely damaged road.”