‘Cancer discriminates against no one’: Australia’s Biggest Morning Tea kicks off

Australian cricket coach Justin Langer and his sister Jemma lost their mother to cancer several years ago, and the pair are now ambassadors for the cause.

Speaking with Liam Bartlett at Yagan Square on Wednesday Jemma said their mother ran a morning tea for 12 years before being diagnosed with cancer.

“She was a go getter and she always wanted to do more for others even when she was very unwell herself,” she said.

“Cancer doesn’t just affect the individual, it affects everybody surrounding them, the families, the friends, it has a big ripple affect.” 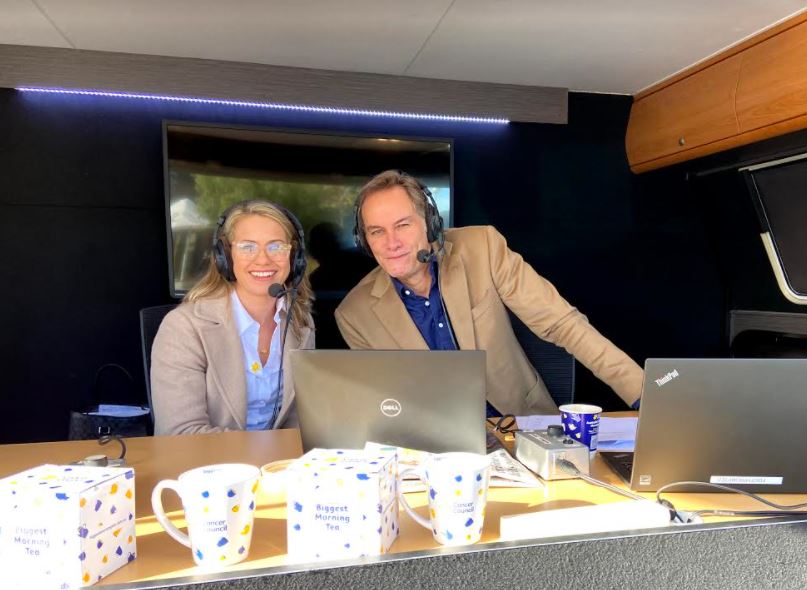 The Cancer Council WA are aiming to raise $1 million for cancer research, which Justin Langer said is vital to finding a cure to the deadly disease.

“This is a great opportunity to celebrate people that we have known, absent friends if you like, but also people who will be affected one day or the other in the future,” he said.

“Cancer discriminates against no one.”

To donate to the cause visit the Australia’s Biggest Morning Tea.

Anyone can host a morning tea on a day that suits until the end of June.