The John Hughes Rumour File has made a Perth family, a happy family.

“Cam, we’ve done it!“: David yelled when he realised he’d won the brand new Hyundai Venue thanks to the John Hughes Rumour File.

The Perth dad says his son was diagnosed with a brain tumor two and a half years ago and the family has fought their way through some tough times.

Millsy overheard a phone call David had just received from his son, Cam.
“He just rang you and called you a ‘lucky bugger‘,” Millsy said.

Hear the moment the winner was revealed and his story.

John Hughes hands the keys over to David. 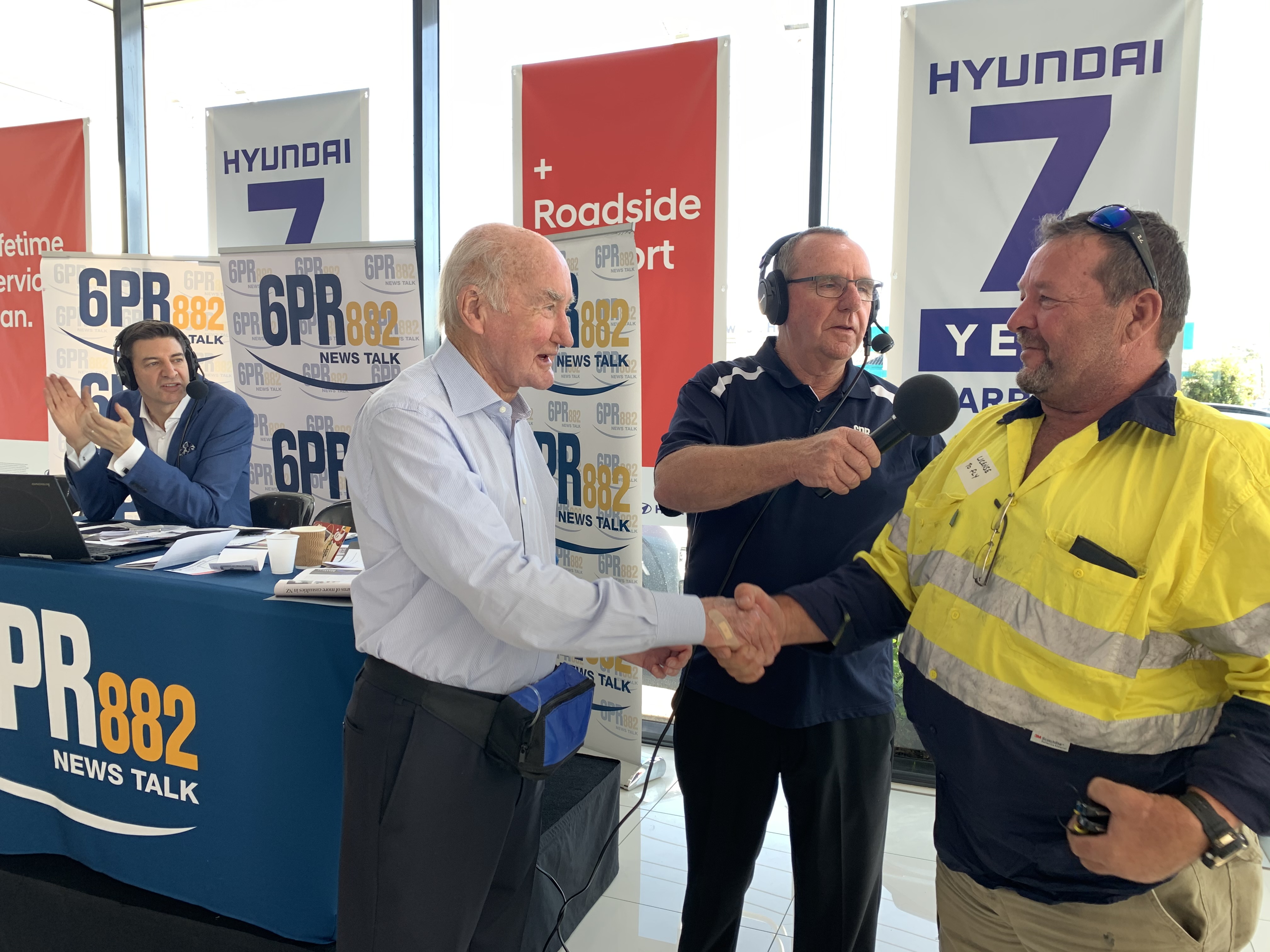