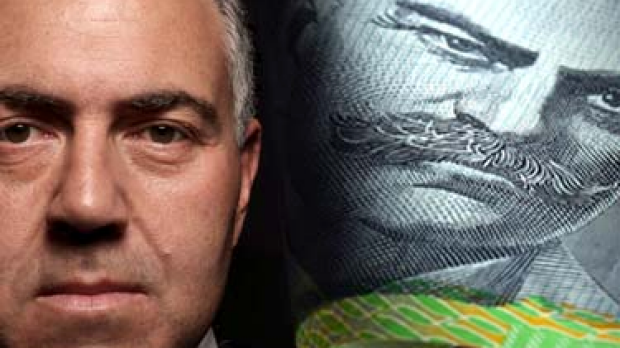 Budget Handed Down: The Abbott government have revealed its tough budget measures, which are expected to halve Australia’s debt over the next ten years, while also announcing $20-billion will be spent on Medical Research.

Prime Minister Tony Abbott has confirmed there’ll be a deficit levy for high-income earners which will kick in at $180-thousand.

PM Abbott has also confirmed petrol prices will rise, as part of tough but crucial measures to get the nation’s finances back on track.

Tony Abbott is defending his government’s unpopular first budget, saying it’s ‘fundamentally honest’ and the right thing for the nation.

The prime minister has started his post-budget media blitz, conceding voters won’t like a lot of the measures, but says they’re necessary.

In his first comments since the budget was handed down last night, Mr Abbott says the government is being up front with Australians about the state of the nation’s finances.

But the government has been sharply criticised for delivering what many stakeholders believe is a budget that favours the boardroom but attacks the vulnerable.

THE WINNERS AND LOSERS IN THE FEDERAL BUDGET

Business heads a short list of winners in the 2014 federal budget, while anyone who gets sick is at the top of a long list of losers:

* Universities: can set own tuition fees from 2016

* Older workers: $10,000 payment for companies employing over-50s who have been on unemployment benefits for six months

* Pensioners: retirement age to increase to 70 by 2035; pension increases slowed by indexing to inflation instead of wages

* Unemployed people: under 25s to get Youth Allowance, not Newstart; under 30s face six month wait for benefits and must work for the dole

* Family Tax Benefits Part A and B payments to remain the same for two years.

* Eligibility thresholds to be the same for three years.
But from July 1, 2015:

* Part B, worth up to $3818 per family, to be paid until youngest child turns six and cuts out entirely when higher income earner reaches $100,000 PA.

* Schoolkids bonus to be axed

*  Pension indexation linked to CPI, rather than male average earnings.

* To have same protections as consumers for unfair contracts

HOW YOU’LL PAY MORE FOR HEALTHCARE

* $7 co-payment for GP visits and out-of-hospital pathology and imaging services.

* Capped at 10 visits or $70 for concessional card holders and children.

* $5 increase in cost of PBS medicines.

* The aid budget will be locked at $5 billion per year, and will only increase with inflation.

* This will save the federal government $7.6 billion over five years.

* The decision to end the ABC’s contract to run the Australia Network will save almost $200 million over nine years.

* Australia will close its embassy in Baghdad and move its consular services into the UK compound.

* From July 2014 disability support pensioners aged under 35 will have to undertake compulsory work activities.

* $29.3 million over five years towards the program.

* Targeted review of people who accessed payment under lenient rules from 2008-2011.

* Deregulated course fees means universities can charge what they like.

* Commonwealth will upcap places it pays for students doing diplomas and advanced diplomas.

* HELP loans remain but government will charge higher interest, up to 6 per cent from CPI now.

*  Fee and loan changes won’t apply to current students until the end of 2020.

* Funding to increase more than $800 million to $29.2 billion, with further increases over next four years.

* Government says it wants to achieve defence funding at two per cent of gross domestic product in a decade.

* 600 Defence public servants to go  next year and more in future years.

* Defence superannuation scheme to close to new members from 2016, reducing unfunded liability by $126 billion by 2050.

A ‘budget repair levy’, cuts to welfare and foreign aid, co-payments for GP visits and the reintroduction of fuel indexation are among several measures the Abbott government hopes will bring the budget back in the black.

The sick will now have to stump up $7 to visit the doctor, with $5 from that payment used to start a $20 billion medical research future fund.

Filling up the car is set the get more expensive, with Joe Hockey announcing – as expected – the reintroduction of fuel indexation. The increases in fuel taxes will be used to pay for road infrastructure projects around the nation, with the government committing funds to East West link.

Universities tuition fees will be deregulated, with tertiary institutions to set their own fees from 2016.

Family Tax Benefit Part B will be scaled back, which will affect hundreds of thousands of families.

And if you earn more than $180,000, you will have to pay the ‘temporary budget repair levy’ – an extra 2 per cent on your income tax for three years.