Strikers win propels them to the top of the ladder 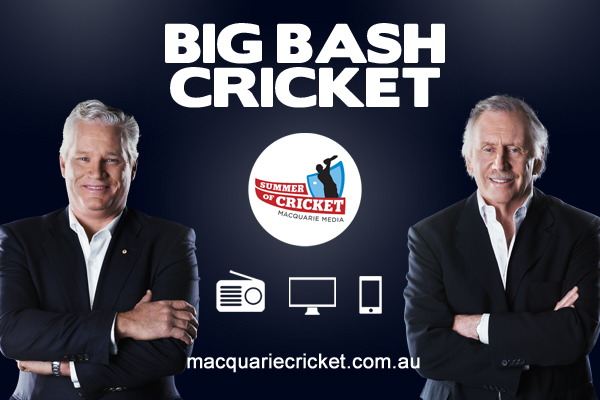 Adelaide Strikers have notched up their most important victory to date, beating Sydney Thunder by 25 runs.

The Strikers join Perth Scorchers, Brisbane Heat and Melbourne Renegades on eight points as the race for the BBL|07 title heats up.

The men in blue bowled economically throughout the innings, with Peter Siddle’s four overs – which only leaked 13 runs and produced two wickets – a standout.

Rashid Khan was once again superb for the Strikers, taking two wickets on the way to final figures of 2-21 off his four overs.

Jos Buttler’s Thunder BBL stint came to a close, ending with a run-a-ball 21 before Rashid Khan dismissed him. He’ll now join up with the England ODI squad ahead of the five-match series against Australia starting on January 14.

Thunder opener Kurtis Patterson was dropped twice during the innings but couldn’t escape a third time, holing out to Jono Wells on 29.

Ben Rohrer hit three consecutive sixes late in the innings but it proved to be in vain as the Strikers sealed victory.

The Strikers are now top of the league on net run rate, while the Thunder are left reeling at two wins from six and in a world of hurt as the BBL|07 season rolls on.

Click PLAY below for full highlights from the Thunder innings

A  Sydney Thunder bowling masterclass threatened to derail the Adelaide Strikers but Colin Ingram led the fight back as the Strikers posted a total of 5/158 off 20 overs.

Chris Green was at his economical best again, going for just 22 runs off his four overs to finish with figures of 1-22.

But it was spin king Fawed Ahmed who was the star, taking three wickets that helped restricted the Strikers throughout the innings. The 35-year-old ended up with figures of 3-31 during his four-over spell.

The aforementioned South African Colin Ingram top scored for the Strikers with 48 (31), while Alex Carey was also prolific, finishing on 34 off 28 balls.

Adelaide Strikers have won the toss and elected to bat first tonight.

As usual at this time of year, there’s plenty making news in the cricketing world. Here’s some of the headlines:

As it stands, there’s three sides that are threatening to break away
from the rest. Perth Scorchers, Brisbane Heat and Melbourne Renegades
all sit on eight points, with the Strikers a win behind on six. If the
Strikers are successful later tonight, they’ll join three other teams
on eight points and will rocket to the top of the ladder due to their
superior net run rate.

As for the Thunder, they’re bidding just to stay in touch with the
leaders in what shapes as an early-season mini-final against the men
in blue.

The Thunder will want to make Jos Buttler’s final game in the BBL this
season count, with tonight marking his last match before joining up
with the England ODI squad ahead of the series kicking off in a week’s
time at the MCG.

These two met earlier in the season on December 22, where the Strikers
won by 53 runs. On that occasion, Strikers spearhead Ben Laughlin took
four wickets on the way to the Thunder being bowled out for just 110
in the 18th over.

It’s all set up to be an important night for both teams, in what looms
as the first of a number of crunch clashes that will no doubt go a
long way to shaping the composition of this year’s finals series.

Join us from 7.00pm AEDT (6.30 ACST) on Talking Lifestyle in Sydney,
5AA in Adelaide, NTS Digital around the country and through the
Cricket Australia website and app as David Morrow and Greg Matthews
bring you every ball from Spotless Stadium