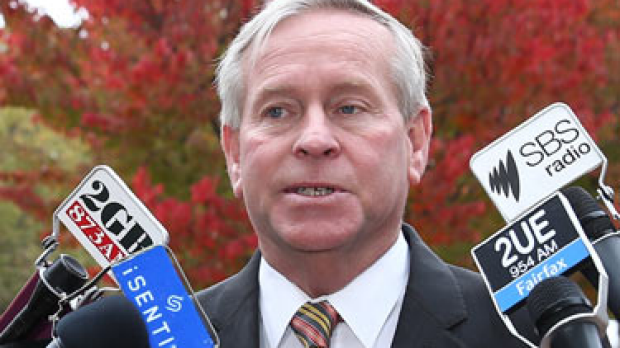 The ‘ Cost of Living Rebate’ given to seniors in 2009 by the Barnett government will be halved to help reign in the shortfall left by the federal budgets funding cuts. Premier Colin Barnett made the announcement today and took a swipe at Prime Minister Tony Abbott’s budget cuts.

The State Government will pass on the Federal Government’s cuts to seniors’ concessions by halving the Cost of Living Rebate (COLR).  Singles will receive $82 in their bank accounts, and couples $123 in late July/early August.

West Australian seniors will continue to receive discounts on local government rates, water, public transport and electricity, along with a raft of other concessions in 2014-15 – after the State Government announced its decision on how it would deal with the Federal Government’s shortfall of $25million next financial year.

Premier Colin Barnett and Seniors and Volunteering Minister Tony Simpson said the State Government would honour its $405million contribution to seniors and retain in full all other discounts, concessions and subsidies for 2014-15.

Premier Barnett said while the cut to COLR was regrettable, it was important to recognise that the Western Australian Government had not changed its allocation for seniors’ concessions.

“The simple fact is that the Federal Government has reduced funding to Western Australia for seniors concessions by $107million over the next four years under the National Partnership Agreement,” he said.

“Reducing the Cost of Living Rebate, which no other State provides for seniors, is the fairest option for dealing with that shortfall. We still offer the most generous concessions to seniors in the country.”

“This cut will amount to $21million – less than the $25million cut made by the Federal Government.”

Seniors and Volunteering Minister Tony Simpson has met with seniors groups three times over the past week to hear their concerns, and said they had stressed to him their reluctance to see any changes to discounts on local government rates, electricity and water.

“The State Government has retained all of those discounts – they remain in place. It’s important to support our seniors who have contributed so much to our community,” he said.

“We understand that many seniors are now on lower incomes, so it’s timely to give them as much assistance as possible towards these expenses.”

The WA Government has announced a review of WA Seniors Card concessions for 2015-16 onwards.