Are international gabfests really worth the cost? 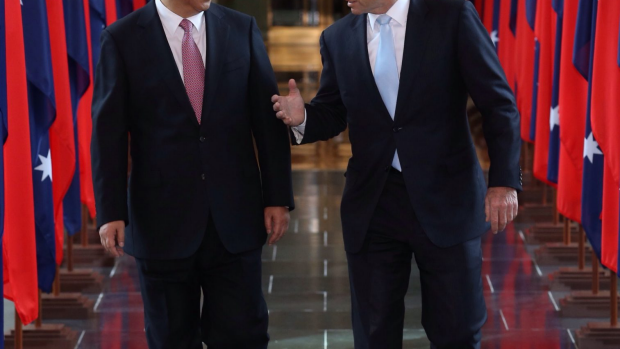 Aussies like to think we are the centre of world attention, and that desire for international approval often drives our political leaders to talk big.

The Premier made his pitch on the supposed benefits of the 2011 Commonwealth Heads of Government Meeting (CHOGM) when he told State Parliament that:  "During the last week in October, our city and state were on the world stage and we made the most of that opportunity."

A few months later, he further gilded the lily by describing CHOGM as a "once in a generation opportunity to showcase our State to the world".

CHOGM is a gathering of countries with little in common other than once having been British colonies. It is not a body that has any world standing and its decisions have no real effect.

So it is hard to believe that any government would spend millions just for a chat amongst ex-colonials and their Queen.

The Premier’s rhetorical flourishes were probably intended to justify the $24 million expenditure by intimating CHOGM bestowed some ongoing benefit to the WA tourism industry.

But if that was to be the case, it didn’t work out too well.

The WA Tourism Commission Key Performance Indicators that started around the time of CHOGM give us the opportunity to look behind the gobbledygook at what actually happened.

That is curious concept of success – which brings us on to assessing the success or otherwise of the next major taxpayer funded gabfest: the G20.

We don’t have the money for this event, but the distinguishing difference between G20 and CHOGM is that the former is a genuine world event.

Labor Treasurer Wayne Swan was the instigator of the G20 coming to Brisbane and it will be a miracle if his original 2012 estimate of $370 million over four years is the final cost.

The truth is that big world events like this seldom stack up financially and, even with the benefits of having a safe and well-run G20 meeting in our nation, it is doubtful that the cost will be recouped.

But these genuinely international events often deliver intangible benefits, and it is hard to find another time in history when the leaders of the major nations of the world could sit down securely and with good will to discuss and influence where the world is heading.

How different could the world be now, if world leaders of the period prior to the First World War had been able to meet in a setting and atmosphere similar to the Brisbane G20?

While it is too early to tell what the real value of the G20 was, it was interesting that the two biggest items affecting Australia both happened outside the G20 processes.

The China/USA statement on climate change was a world-changing event.  Regardless of anyone’s views on this controversial issue, things will now change because the world’s two major economies reached agreement.

And their agreement will impact on our nation’s economy as it signals the beginning of the end for our second biggest national export, coal.

While exporting coal is not a big-ticket item for WA, it is king over east, and as the trade reduces we will face significant economic difficulties.

On the positive side, the other non-G20 announcement of a Free Trade Agreement with China will give us huge economic opportunities.

Cynics will focus on the trivia, rant about pub tests and gibber the other superficial rubbish that is turning up disguised as news, but make no mistake, this agreement is a major game changer for our country.

As a result of the G20 and the events surrounding it, we actually are attracting international attention.

Most countries would do almost anything to be in our position and will start to erode our newly found advantage.

Our competitors will want similar deals with China, so we better stop rabbiting on, and quickly start making good use of our newly achieved status.  If we do, it will have all been worth the money and effort.