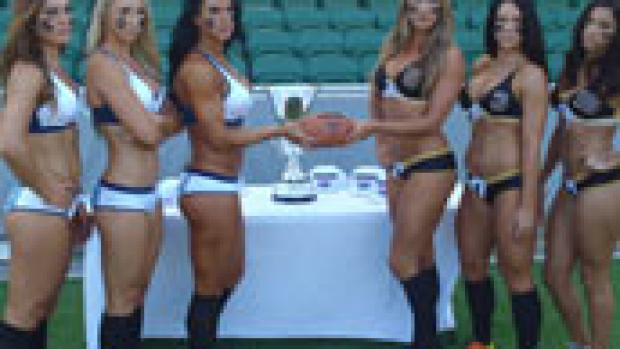 WA’s very own Angels will contest the final of the inaugural season of the Legends Football League taking on the might of the NSW Surge at nib Stadium in Saturday night. You only get one chance to be the first winner of a trophy and both teams are promising to leave nothing in the tank.

The Western Australia Angels take on the New South Wales Surge WA Angel in the Grand Final for the Legends Cup at nib Stadium on Saturday night.

The WA Angels will have the opportunity to play on their home ground in the Grand Final.

After opening the season with a tough loss in Melbourne to the Victoria Maidens, Western Australia returned home where they defeated the former No.1 ranked New South Wales Surge on December 21, 18-20 however has created uncertainty with an unexpected loss to Queensland Brigade last week.

The Angels come into the Grand Final, healthy and now having developed its identity of a well-balanced No.2 ranked offense led by a resurgent No.1 ranked defense.

Most expected a solid offense but few would have figured this side to boast the No.1 defense led not by the US import Superstar Adrian Purnell but unknown names like Brooke Carmichael, Melissa Budd, Tessa Atkinson, Linda Holland etc.

The WA defense is perhaps the most athletic one unit across LFL Australia rosters, with speed, agility, great pursuit to the ball and aggressive play.

Offensively The Angels lives and dies by the performance of their young signal-caller Leah Turnbull who comes into the Grand Final as LFL Australia’s No.1 ranked Quarterback.

Turnbull has been surrounded by a number of weapons that have been developed throughout the season to include young phenom Britney Were, wide receivers Tegan Brown and Tammie West as well as Adrian Purnell who has become a major weapon either out of the backfield or from the tight end position.

New South Wales has been the side to beat since the inception of LFL Australia. The Surge are a unit that has been in development for nearly two years with steady coaching, most physical roster and veteran leadership from two significant US imports in linebacker Monique Gaxiola who was recently nominated to the USA Hall of Fame.

Surge’s defense is only second to the Angels but have allowed two less touchdowns than WA (6 to 8).

Tammie West is nominated for the League season Offensive Player of the year award.

The LFL Coach of the year will be between WA Angels Coach J.R. Rogers and NSW Surge Coach Jason Gaffey.

The WA Angels are favourite to take out Best Fan Base award. The Angels have over 22,000 followers on Facebook. ‘Like’ the Western Australia Angels LFL Facebook page.

A crowd of over 3,000 turned up for first game at nib Stadium in December, and over 4,000 people turned up for last week’s game. LFL Australia are expecting an even bigger crowd for the Legends Cup game on Saturday.

Doors open at 7pm, Kickoff from 8pm on Saturday night

Tickets from Ticketmaster or at nib Stadium Box Office.

For The WA Angels to win the Championship, the key will be time of possession in keeping the ball away from NSW’s offense.

A good mixture of Were and Purnell running attack complimented by a couple deep attempts targeting West. Defensively, it’s very simple, play the most physical game of the year against the most physical team in Australia.