Will Schofield is hitting the road on a Great WA Road Trip to bring 6PR listeners some inspiration for their next holiday.

Be listening to 6PR Breakfast and Perth Live from Monday March 21 to Friday March 25 as Will phones the station with updates from the road.

Check back here every day to see the latest on Will’s travels, and click here to participate in the competition, thanks to Tyrepower. 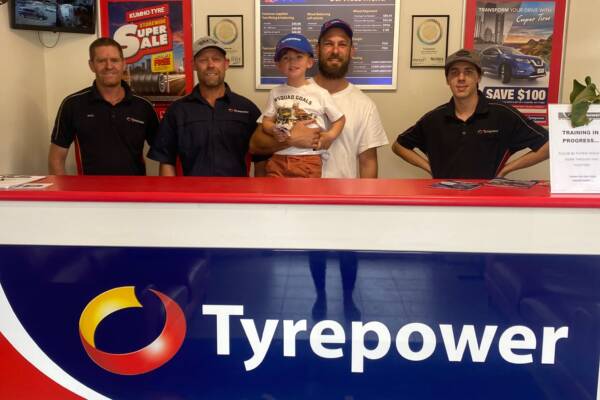 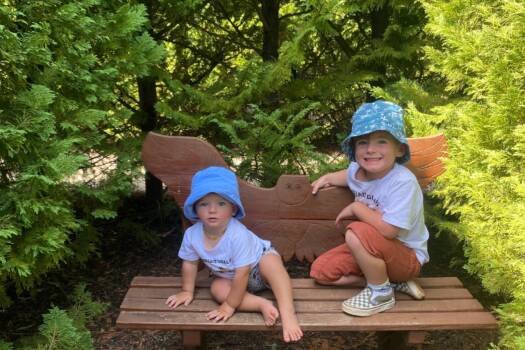 The final day of 6PR’s Great WA Road Trip with Will Schofield was spent in beautiful Margaret River.

Schoey dropped into the popular town’s local Tyrepower outlet before hitting the road and taking in the beautiful sights with the family, including a memorable trip to A Maze’n (where we hear the kids got happily lost for a while). 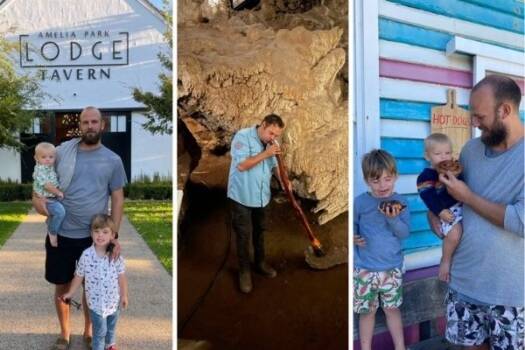 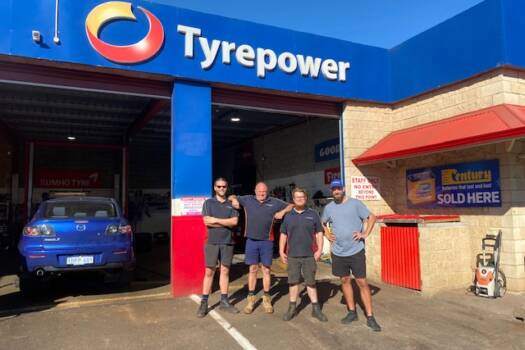 Nestled and settled in the heart of the South West, the Schofield clan enjoyed the polished and pristine sights and surrounds of Yallingup.

Schoey dropped into Yallingup Bakery and enjoyed lunch at the beautiful serene Amelia Park Lodge, while hearing a didgeridoo performance at Ngilgi Caves on a renowned Koomal Dreaming cultural tour.

They also stopped by the local Busselton Tyrepower store before heading back to the beautiful accommodation at Smith’s Beach Resort for the last night of their road trip.

“We had some surfing lessons this morning at Yallingup Surf School, they’ve been doing it for 14 years down at Yallingup Beach, and they could even get this old football hack to catch a couple of waves, and the kids love it too,” he told Oliver Peterson on Perth Live.

Schoey’s final day of the Great WA Road Trip will be spent in the heart of wine country, Margaret River, before the family heads back up to Perth.

After a minor-major hiccup with getting the kids in the car on Wednesday morning, the Schofields are ready for an “action-packed day in Dunsborough” after an epic afternoon in Busselton.

While another scenic pub is on the menu – Eagle Bay Brewing – Schoey was most excited about the cultural tourism experiences that await in the popular coastal tourist town. 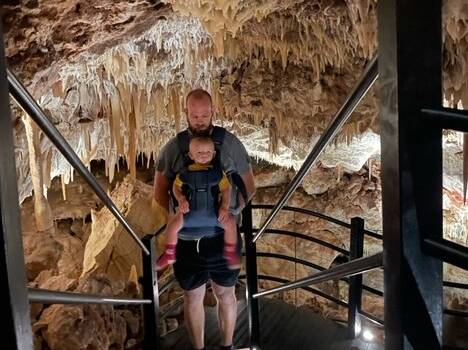 “We’ve got a guided tour with a didgeridoo performance at Ngilgi Caves (above). It’s going to be unreal, I think it could be the best part of the trip,” he told Gareth Parker on 6PR Breakfast.

One of Dunsborough’s most popular family venues, Simmos Ice Creamery, was also on the agenda.

“Hopefully we can get enough chocolate icecream into the kids to keep them quiet in the back of the car,” Schoey said.

Press PLAY below to hear what Will’s up to in Dunsborough.

Schoey seems to have settled in nicely after a day on the road travelling and checking in to the beautiful digs at Seashells Mandurah (pictures below).

After stopping by a couple of Tyrepower stores in Mandurah and Bunbury, the Schofields took in some of Busselton’s best attractions, including Shelter Brewing on the Busselton Foreshore and the Busselton Jetty Aquarium, before checking to the luxurious apartments at Aqua Resort. 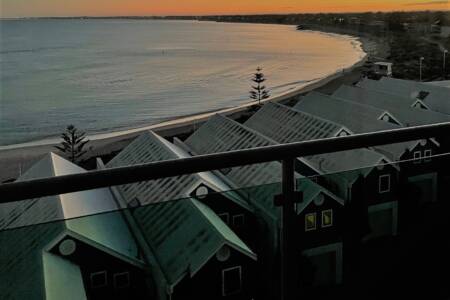 “Mandurah is world-class, I will not back down on that,” Schofield told Gareth Parker on 6PR Breakfast on Tuesday.

“If you get down here yourself and have a look around, it’s absolutely beautiful.” 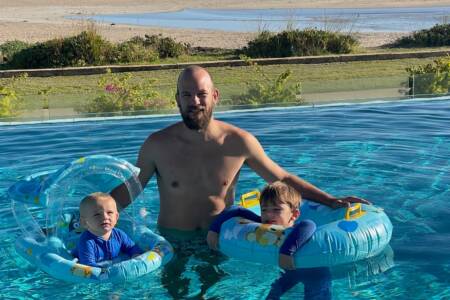 Day 2 – Great WA Road Trip for @6PR thanks to Tyrepower

Mandurah in the books, on the way to Busselton, let us know where we should be heading!?

“I’ve got two kids, one 1 year old, one 4 year old, beautiful wife but it’s been an absolute… not nightmare, but it’s been a bit of a mission to get everyone in the car and going,” he said.

Will said the family have great accommodation to stay at too.

“We’ll be at Seashells in Mandurah. I’ve got to be honest Gareth I’m not a camper, I never have been and probably never will.” On Schoey’s first morning it was a bumpy start but the family is on their way to Mandurah. Where should they go next?

“I’ve got two kids, one 1 year old, one 4 year old, beautiful wife but it’s been an absolute… not nightmare, but it’s been a bit of a mission to get everyone in the car and going,” he said.

Will said the family have great accommodation to stay at too.

“We’ll be at Sea Shells in Mandurah. I’ve got to be honest Gareth I’m not a camper, I never have been and probably never will.”

Thanks to Tyrepower WA and @6PR we are off on a Great WA Road Trip. Mandurah, Busselton, Dunsborough, Yallingup and Margaret River.
Let’s hope Alex and the kids survive 5 days of my music, singing and dad jokes.
You can win $5000 https://t.co/PJv72wchNV pic.twitter.com/2DwSDDYWAg