Police are speaking with a man, following the death of a woman in East Perth.

The unidentified woman was taken to hospital, where she was declared dead, after being pulled from a fire which broke out in a backpackers’ hostel along Adelaide Terrace.

The hostel was evacuated just after 12.30 this morning — with five others hospitalised with smoke inhalation.

Lucy McLeod from Nine News told Gareth Parker the evacuated backpacker hostel guests have been relocated to the Perth Town Hall and have been sleeping on yoga mats because they were only able to take what they could grab in the evacuation. Some weren’t even able to grab clothes.

“It was chaos in there. It engulfed that room so quickly,,” he said.

“Over a couple of minutes it just doubled in size.”

Police want to hear from anyone who may have dash-cam vision of the area from midnight. 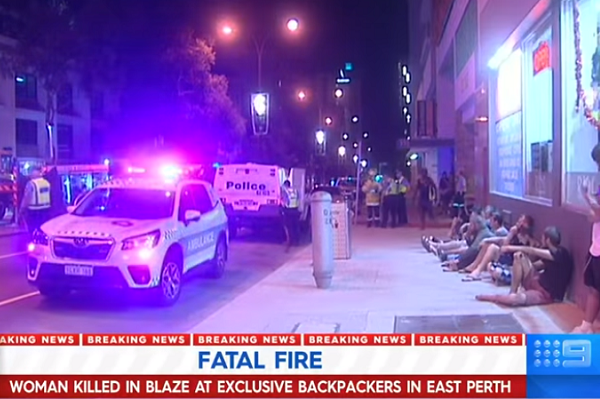