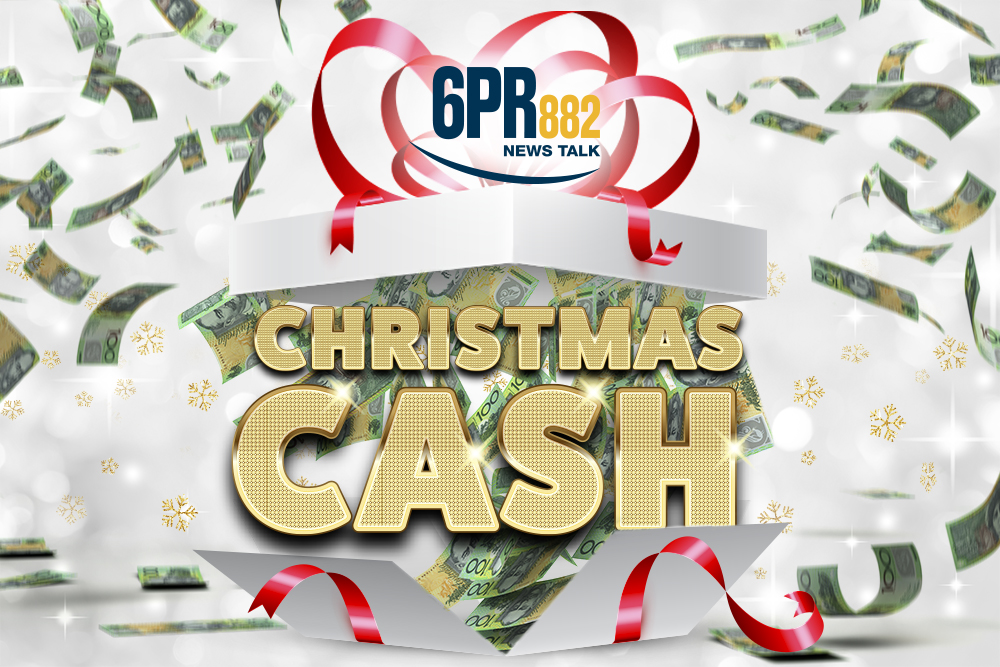 Everyone could do with a little extra Cash for Christmas!

That’s just what you could get from 6PR!

From Monday November 22 until Friday December 3, be listening to 6PR Breakfast with Gareth Parker and Mornings with Liam Bartlett.

Each weekday, early in each participating show, listen out for details of a feature Christmas song.

6PR’s CHRISTMAS CASH….bringing in the Christmas cheer early this year!